What Is Yin Yoga? Here’s Everything You Need to Know About This Practice 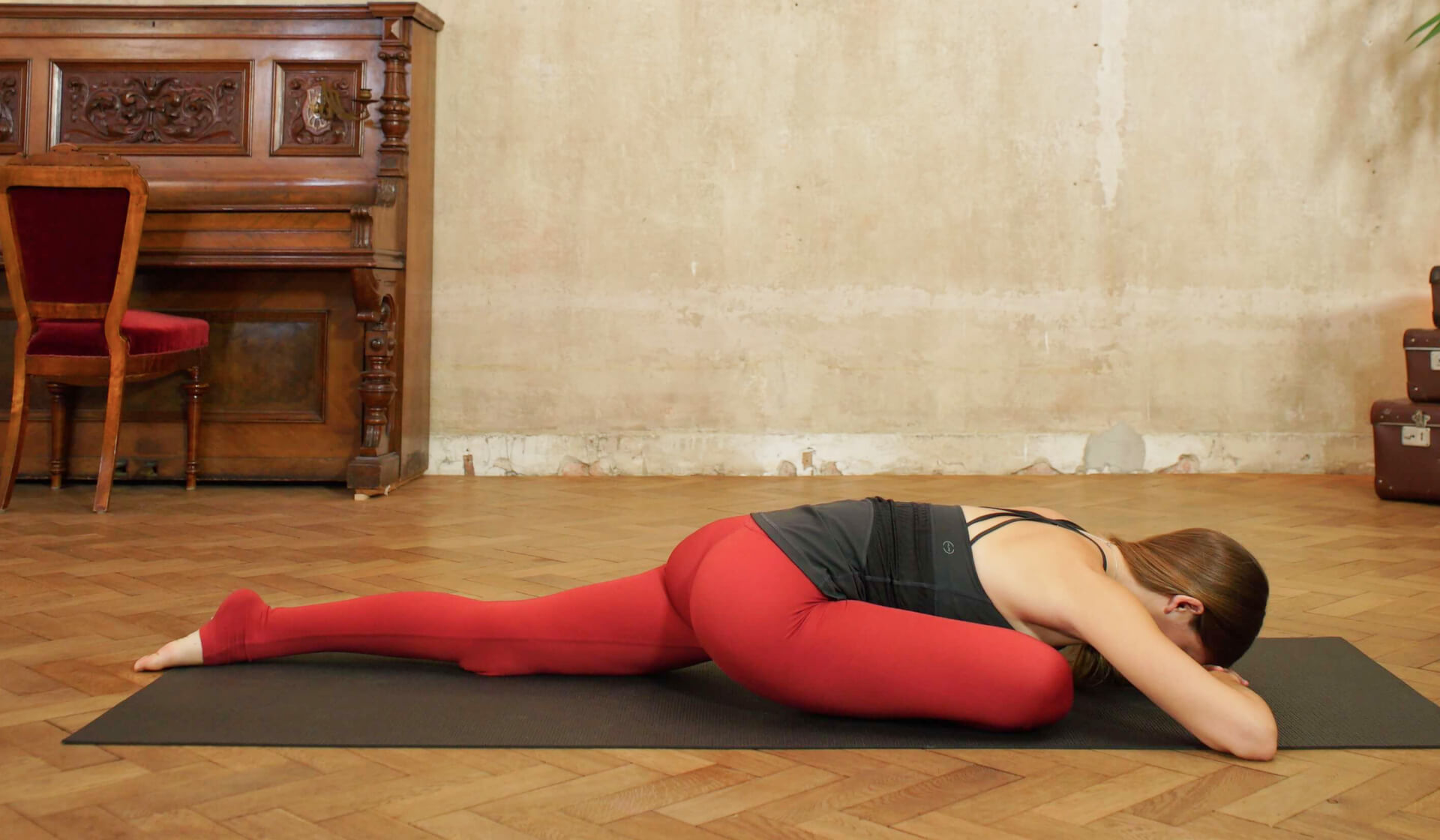 Yin yoga is not your average style of practice. It’s slow-moving with long holds and juicy stretches intended to increase joint mobility and hydrate fascial webs.

It’s also highly meditative and introspective, offering plenty of time and space for you to draw your awareness inside.

Yin is a straightforward practice with few postures and simple sequencing, but it can have far-reaching effects on both your body and your mind.

Yin is a slow-paced and gentle style of yoga that works with very basic postures to increase mobility, mobilize, stretch, and hydrate the body’s extensive fascial network, and invite the practitioner into a deeply meditative internal space.

This basic practice has only a handful of postures that are heavily assisted by yoga props to support the body’s joints.

Practitioners are encouraged to establish their own “edge” in every pose—to work within the limitations of their own bodies. This “edge” may change from day to day or even minute to minute within a posture.

Then, practitioners are invited to find stillness so as to relax the musculature of their bodies in order to work into connective tissues like fascia, ligaments, tendons, joint capsules, and more.

Finally, yogis are asked to commit to hold the pose for a period of time. In yin yoga philosophy, time is more important than intensity. Time is what allows the body to relax into the stretch and allows the mind to surrender to the present moment.

These three principles are applied in every yin yoga posture.

Unclear about the difference between yin and restorative? Read: What Is Restorative Yoga? Here's Your In-Depth Guide to This Soothing Practice

‍What Is the Origin of Yin Yoga?‍

Mostly focused on seated hip openers, many scholars believe that yin yoga is a return to the original roots of asana practice (as asana was originally intended to help practitioners sit in meditation for longer periods of time).

Yin is a truly modern style of yoga practice as it was founded fairly recently by a man named Paulie Zink, who is a prominent martial arts master. He created a sequence of postures to deeply stretch his body so that he could more effectively practice martial arts.

His most prominent pupil was Paul Grilley, a yogi who really took this practice to the mainstream yoga world. Paul went on to teach other famous yin teachers such as Sarah Powers and Bernie Clark.

The yin yoga philosophy stems from the Taoist ideology of yin and yang. The Taoist theory postulates that there are two main principles in nature—yin (the cooling, dark, mysterious, feminine principle) and yang (the heating, light, obvious, masculine principle).

Therefore, the yin yoga practice focuses on using cooling postures and the mystery of meditation to stimulate the yin aspect of nature in practitioners.‍

How Does Yin Yoga Affect the Body?‍

Yin yoga works heavily with the connective tissues of the body. Rather than focusing on muscles like a classic yang yoga practice would, yin focuses on fascia, tendons, ligaments, joint capsules, bones, and beyond.

This emphasis on the “yin” tissues of the body means that the practice moves slowly and subtly to efficiently target these “deeper” parts of the physical form. And with long holds of every pose, the practice can more effectively target connective tissues.

Also, by working with postures that deliberately create compression in different parts of the body, it is believed that yin yoga helps to stimulate bone density growth as well as stronger and more organized fascia.

Beyond the physical body, yin yoga also works with the subtle body via the meridian theory of Traditional Chinese Medicine. The belief of the yin tradition is that by stretching and compressing the meridians of the body, we stimulate the free-flowing movement of qi (or chi). Qi is life-force energy (essentially the equivalent to prana in the yogic tradition).

Yin also works extensively with the mind. Because it is a deeply introspective practice with long holds (typically held in silence or while listening to philosophical discussions), the practice highly encourages meditation throughout, which inevitably affects the mind.‍

Need a guided meditation to help you relax? Try this Mindful Sensory Awareness Meditation to Calm and Soothe

Who Should Practice Yin Yoga?‍

Anyone at all can practice yin yoga as it is a highly adaptable style of practice. Because of its heavy use of props, its slow-moving pace, and its keen awareness of natural human variability, yin yoga is accessible to anyone because the practice can be modified to suit any body’s needs.

While every pose in the yin repertoire might not work for every single body, there are absolutely modifications and alternatives that can be used to accommodate any injuries or limitations for any practitioner.

So yin truly is an accessible and deeply rewarding practice that anyone can try.‍

Ready to practice yin? Give it a try with Yoga for the Soul: A Gentle Yin Practice

What Should I Expect in a Yin Yoga Class? Here Are 5 Typical Features of a Yin Yoga Practice:‍

Just like any other style of yoga, all studios and teachers will vary, but these are some key features that you will find in a typical yin yoga class.‍

Yin yoga works with a lot of deep hip openers, but it can also target other areas of the body as well. Most of the postures from the yin tradition are practiced seated or very low to the ground.

It’s not a practice that will usually make you break a sweat. Because the properties of yin are cooling, this practice will likely cool you with the long-held deep stretches that target your connective tissues.

In yin yoga, postures are typically held for about two to five minutes, but they can also be held for up to 10 minutes or more.

Often, yin postures are held in silence so that you have lots of time to draw your awareness inward and fully experience the practice in your body and your mind without distraction.

Typically, organic movement is offered between the long holds so that you can follow your own “yin-tuition” to unwind your body in whatever way feels appropriate.‍

The prominent teachers of yin have really brought awareness to natural human variation, particularly in bone structure. This means that most yin teachers will teach using inclusive language and offer every student an option that works for their particular body.

Teachers may offer variations in case you feel a pinching sensation in your joint or they may invite you to use more props to support your body weight.

Whatever the case may be, most yin classes do not focus on traditional alignment rules, but instead, focus on finding pose variations that feel good for your particular body.‍

According to yin yoga ideology, duration is more important than intensity. This school of thought believes that the magic happens over time.

Because of this, you are encouraged to not move into your deepest range of motion. Instead, you are asked to find an appropriate “edge” that you can comfortably sustain for a period of time.

This is where props become your best friends to help support your body in these positions for longer durations. A typical yin yoga class has a room full of yoga blocks, straps, blankets, bolsters, and more.‍

Just like the yin principle in nature, this style of yoga is deeply meditative and introspective. It thrives in darkness and mystery. It lives in the subtleties and in-betweens.

So, a typical yin class will include a lot of silent time so that you can draw your awareness inward, listen to your breath, and surrender into the vast caverns of your own mind.‍

Need help getting there? Use this Simple Breath Practice for Presence and Relaxation

The Takeaway on Yin Yoga and Why You Should Practice‍

Yin yoga is a highly accessible style of yoga that offers a plethora of benefits for your body, breath, and mind.

At first, its simplicity may make it seem trivial or unnecessary, but if you give it an earnest try, you will likely experience its many incredible benefits for yourself.

Not only will yin yoga help to improve your flexibility, it will also help to calm and soothe your mind.

‍Give Yin Yoga a Try and Experience the Magic for Yourself‍

Learn to teach yin yoga and all of its magic in this Nomad Yoga 50 Hour ONLINE Yin Yoga Teacher Training. Extensively study the poses, history, and philosophy of this practice to be able to teach yin with confidence, eloquence, and poise.

This training is completely self-paced and Yoga Alliance accredited so you can move at your own pace and study on your own schedule while still receiving a high-quality education.

What Is Restorative Yoga? Here’s Your In-Depth Guide to This Soothing Practice