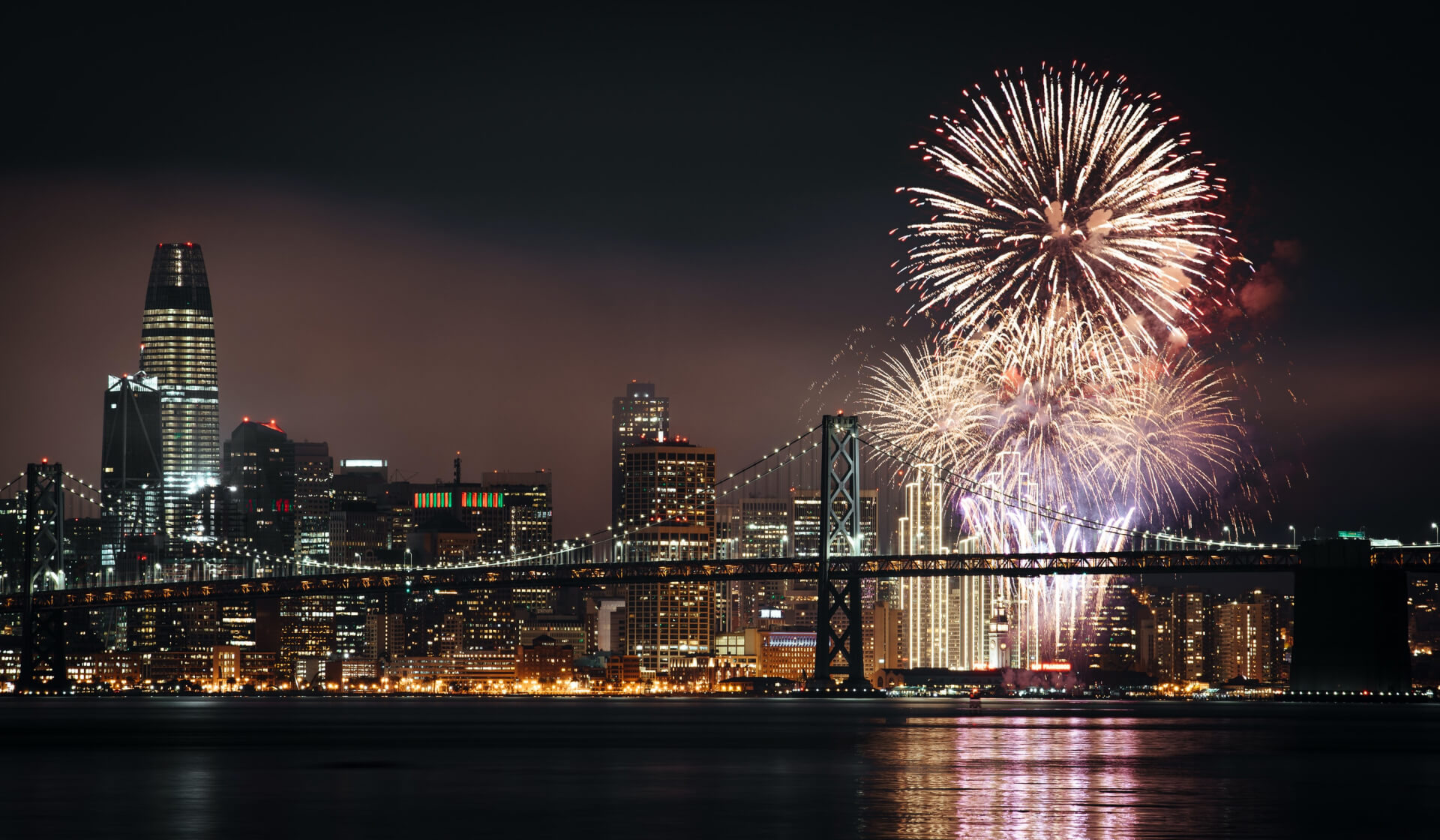 The breaking in of a new year is always an exciting venture into the unknown. New Year’s Eve is a mixture of nostalgia from the past and anticipation for the future as you let go of the old and prepare for the new. But where will you celebrate New Year’s Eve?

What better way to enter into a new era than by celebrating in a bustling metropolis filled with vibrant and exciting festivities around the globe?

Travel far and wide (or just outside of your suburban hometown) to celebrate New Year’s Eve in one of these magnificent and festive cities across the world.

Sin City is the place to be if you’re looking to party like a rock star this New Year’s Eve. Rated the number one city for wild weekends, what better place is there to have a crazy and outrageous New Year’s celebration?

Play the slots in the hopes to win big to ring in the new year. Catch a glamorous show as you toast champagne with your loved ones. Dance until the break of dawn as you hop between each flashy nightclub down the Strip or even party in the streets as the Strip becomes free of cars and rowdy with music and partiers.

There are so many ways to welcome the new year in this exotic city of glam, glitter, and, of course, sin. You won’t regret being there for the party, but you may regret the hangover the next day.

Watch a spectacular firework display over the Thames River. Catch beautiful photos of pyrotechnics exploding over Big Ben. Take a ride in the London Eye as you witness some of the most impressive views of the enormous city and the spectacular show. Listen to the chimes of the massive clock tower to welcome the beginning of a new year.

The festivities to celebrate New Year’s Eve in London do not end on the eve, but continue on through New Year’s Day with a huge parade through the streets of central London, complete with decorated floats, musical bands, and a classically British march of the royal horses.

The Big Apple and The City That Never Sleeps—what better place is there to break into a new dawn?

Pile into the heart of Times Square to watch the ball drop at midnight. Countdown to the new year with a million other partiers as confetti rains down from the sky. Although it may not be the atmosphere for all, there really is no rival to the energy of New York City on New Year’s Eve.

Bundle up and huddle out in the streets as you warm yourself with liquor and love to welcome a fresh beginning. If standing in lots of crowds in the cold is totally not your thing, you can always book a seat in one of the many restaurants or bars overlooking Times Square to get an amazing view of the celebrations below.

Wherever you choose to celebrate in NYC, soak in all of the buzz and vitality of the festivities in this awe-inspiring city.

Float across the harbor on a traditional junk boat to find the best views of the firework show in the sky. Walk down the Avenue of the Stars in Tsim Sha Tsui to witness the explosions of color above the skyline of the financial district in Central and Admiralty.

Reserve a table at a rooftop bar or restaurant to view the show in a comfortable and warm seat. Wherever you are, don’t miss the amazing finale of the pyrotechnics show—a colorful Chinese dragon that dances across the skyline.

As the first major city around the world to ring in the New Year, Sydney is the place to be to truly welcome the new year to the world and properly celebrate New Year's Eve.

Sydney boasts the largest and most impressive firework display across the whole globe. With unbeatable views overlooking the Sydney Harbor with the iconic Sydney Opera House and Sydney Harbor Bridge as a backdrop, this is definitely a city to visit to celebrate.

This spectacular waterfront event hosts more than a million people every year. The party includes a unique Aboriginal smoking ceremony intended to clear and cleanse bad spirits from the past to start the new year fresh and unpolluted.

If you’re looking for an extravagant and completely free event way ahead of the rest of the world, then Sydney is the place for your New Year’s celebrations.

One of the best-known party cities of the world, Berlin is the optimal place to celebrate New Year's Eve.

Wander between the Brandenburg Gate and Victory Column, infamously known as “Party Mile” across Berlin. This two-kilometer stretch of bars, food stalls, party tents, music stages, and so much more is the heart of the New Year’s Eve celebrations in Berlin.

Catch the fireworks show before heading out to the countless clubs and music venues that the city offers. Party all night long dancing to different beats as you sweat away the toxins from last year to laugh and dance in the new one.

The City of Love and the City of Lights, Paris is the city to be in for New Year’s Eve.

Gaze at the iconic Eiffel Tower as it is illuminated by a light show and fireworks display at the stroke of midnight. Celebrate with locals and tourists alike in typical Parisian style eating delicious food, drinking fabulous wine, and, of course, imbibing plenty of nearby-supplied exquisite champagne.

Grab a quiet seat at a café along the hills of Montmartre, cruise down the Seine to view the fireworks show, or party along the never-ending street Champs-Élysées swapping kisses and chocolates in this magical city filled with romance, beauty, and the classical French love-of-life attitude.

Enjoy ringing in the new year in one of these fabulous cities around the globe and have a safe, happy, and prosperous new year!